I designed this poster to commemorate the groundbreaking for the Hiawatha Light-Rail Line construction, when I worked at Metro Transit. Drawing inspiration from art-deco style transportation posters of the 1930's, I wanted to bring to mind the rich history of rail transportation in the Twin Cities, and suggest a rebirth of passenger rail.

A special challenge was that at the time the poster was designed we knew very little about what the yet-to-be-designed railcars would look like. So the simple, sleek, monochromatic railcar rendered in this style created a more conceptual announcement of the rail line's arrival, rather than putting the focus on an actual railcar. This proved to be a successful strategy, with lasting impact.

After the initial print-run of posters was distributed at the groundbreaking ceremony in early 2001, the image also was used to adorn t-shirts and mugs that were sold along with the posters at Metro Transit's stores and online. The posters proved so popular that several additional print-runs were required to meet demand. The poster was exhibited at the Minnesota History Center Museum, and can be found in homes and businesses around the Twin Cities and the world. Note: The poster is no longer available for purchase.

The image seemed to take on a life of it's own, being adopted as the standard image accompanying articles about construction of the rail line by the two major Twin Cities newspapers — the Minneapolis Star Tribune and the St. Paul Pioneer Press. The image also became the logo of the Hiawatha Project Office — the office managing construction of the project.

The poster is currently exhibited at the Minnesota History Center as part of the MN150 exhibit celebrating the 150th anniversary of Minnesota's statehood. 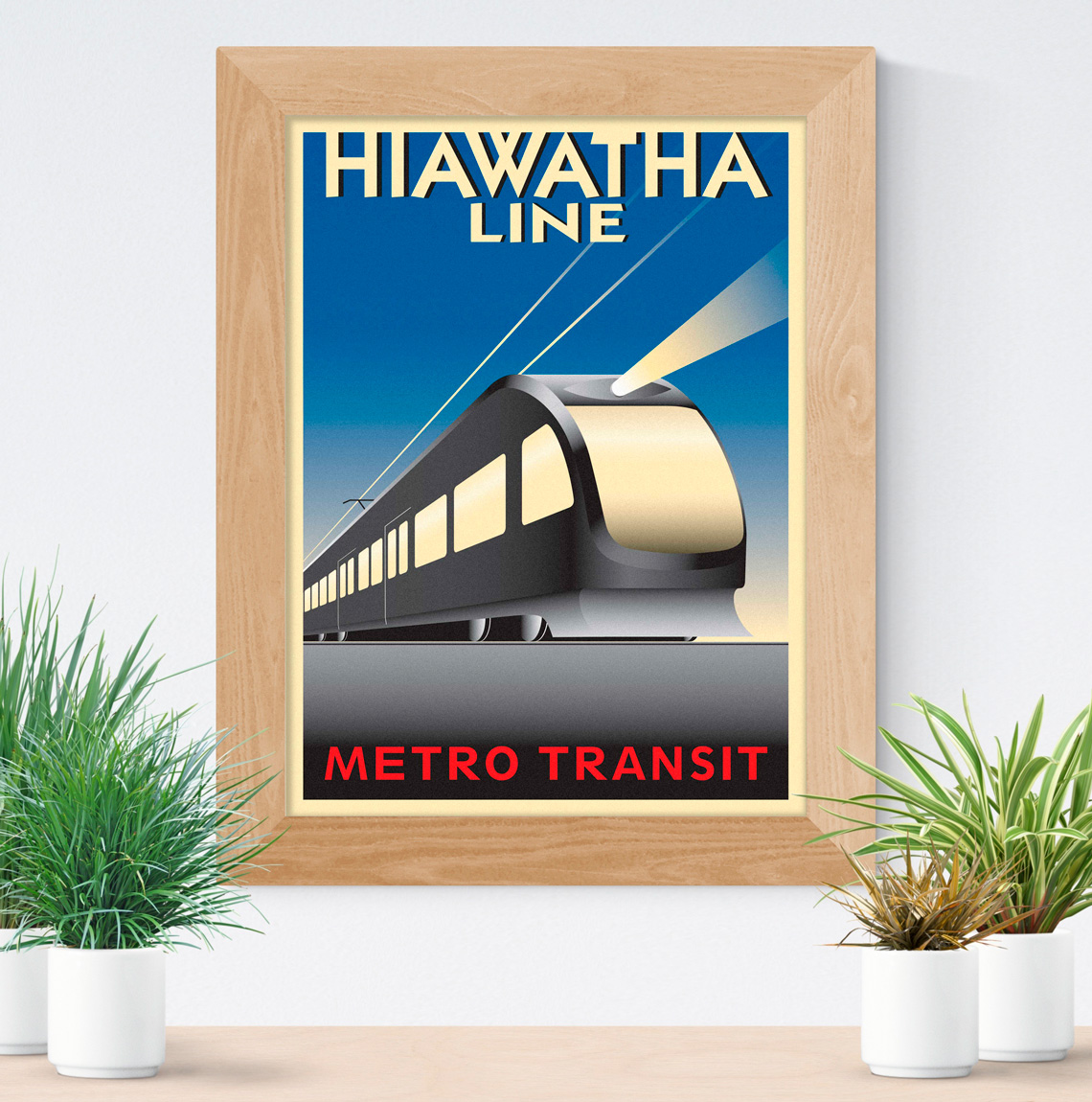 “Item World loves the retro logo developed for this week’s groundbreaking of the Hiawatha Light Rail Line.”... “A logo for the rail line itself will be developed later. With any luck, it will be as good.””
- Minneapolis Star Tribune, Item World Column 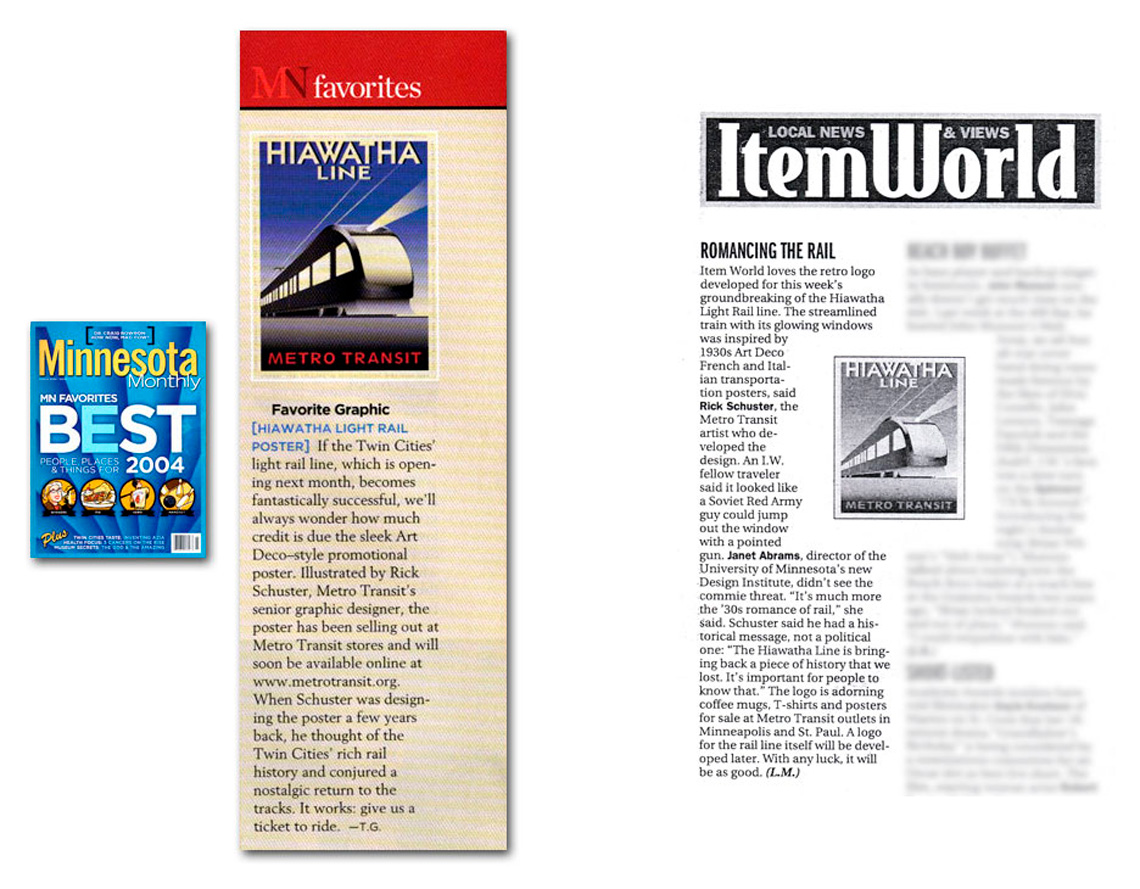