The little transit system in tiny Needles, California has some unique characteristics that were difficult to convey to potential riders. The transit system covering the whote town is really a single route that makes one loop, returns to it's starting point and makes a different loop, repeating this pattern once per hour throughout the day.

It had previously been presented as a single route, but the map and schedule was very difficult for a rider to understand. By splitting the route visually into two different colored routes, we were able to make the routing easier to understatnd, and to clarify the connection between the map and the schedule.

Since the route operates on a steady schedule throughout the day, completing the entire two loops once per hour, the times (minutes past the hour) served at each timepoint are shown directly on the map, making the schedule much easier to understand.

An additional challenge with this project was to fit it all into a letter-size piece of paper that could be printed and folded in-house. 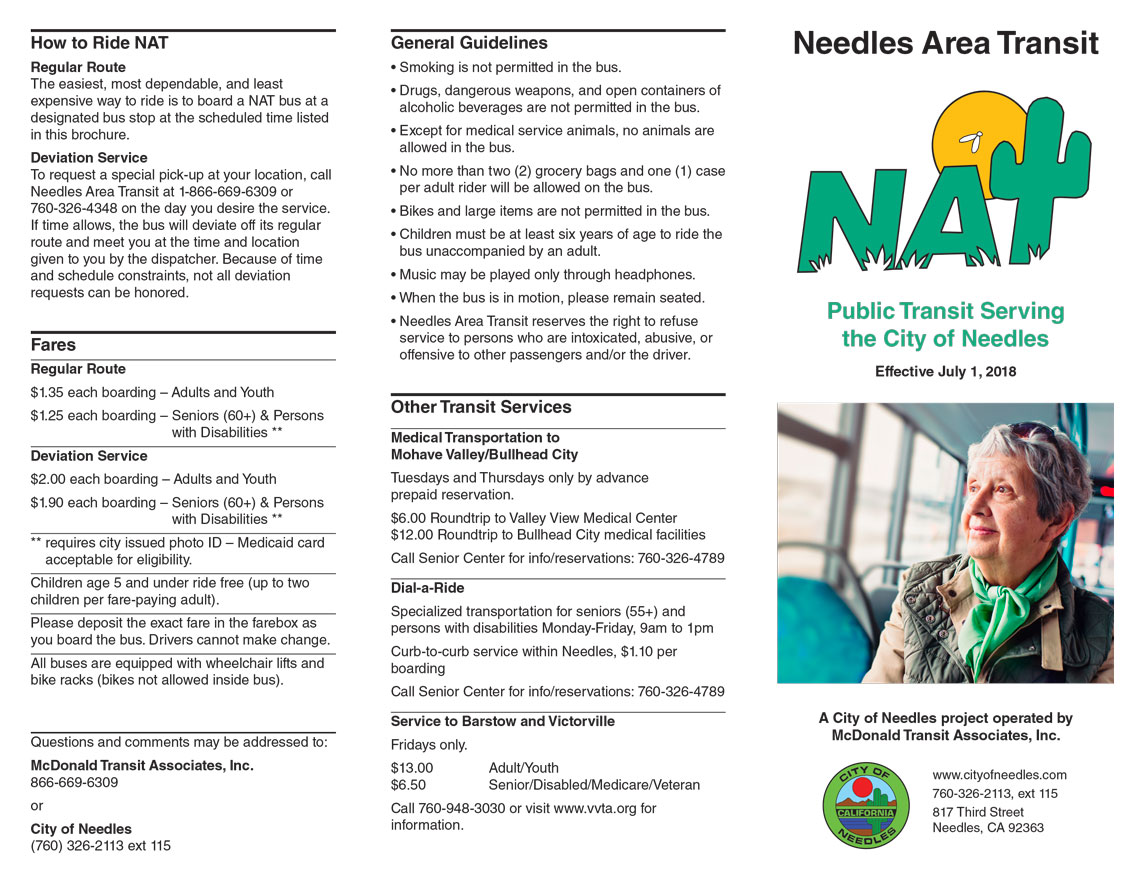 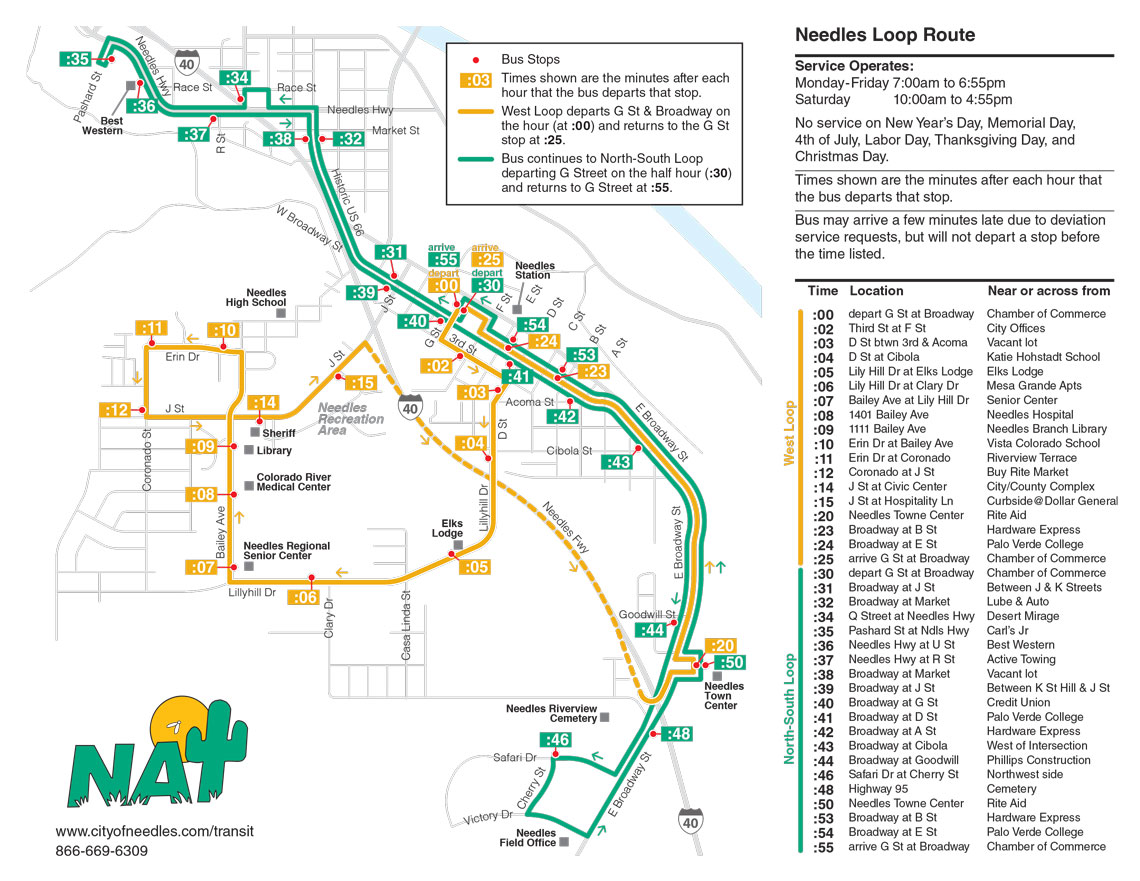 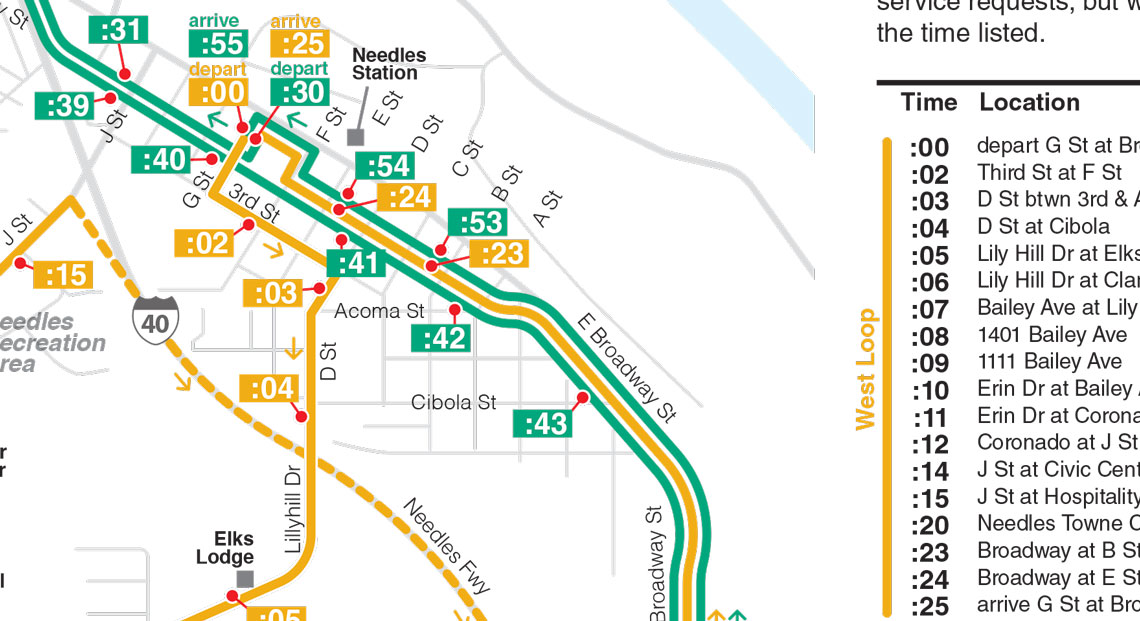